Buses have lots of stories to tell—it’s all those people they carry around. That’s why I like it when they sneak into my photos. 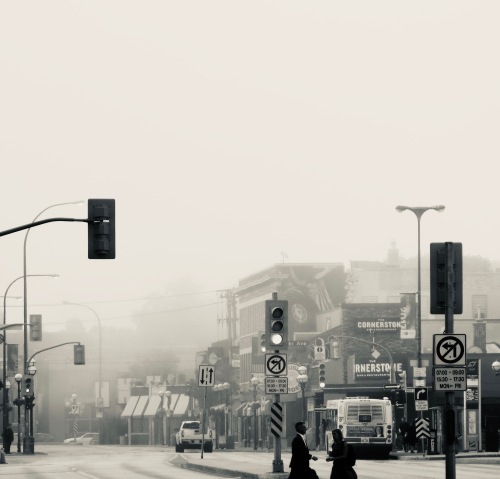 They might roll through in the distance and you don’t notice until you’re editing. 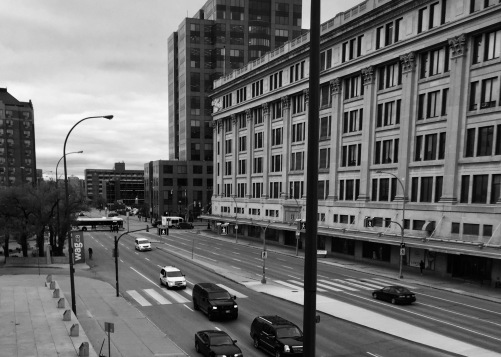 They can whip past in a blur. 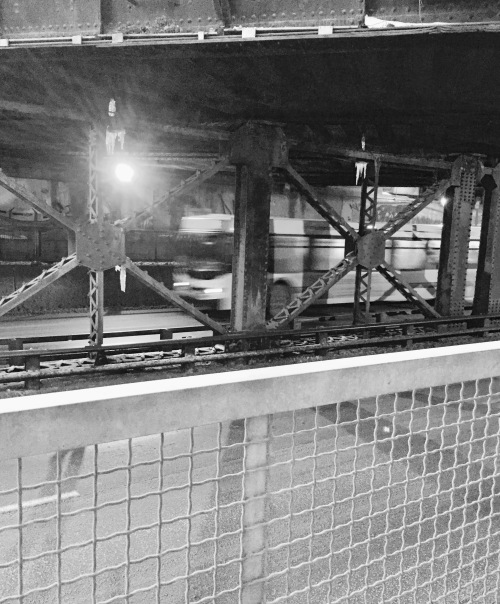 Or they mix and mingle with the night lights under the moon.

Sometimes they come up from behind, push past you, and bully their way right into the middle of the shot, then right back out.

And once in awhile they’ve got something to say as they leave. 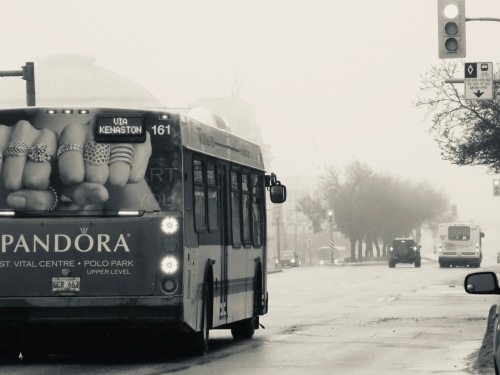 They’ve been known to apologize when they don’t stop to pick you up. Or maybe it’s to the truck they’re holding up behind them.

They can show up, just stop there, and force you to take a photo. 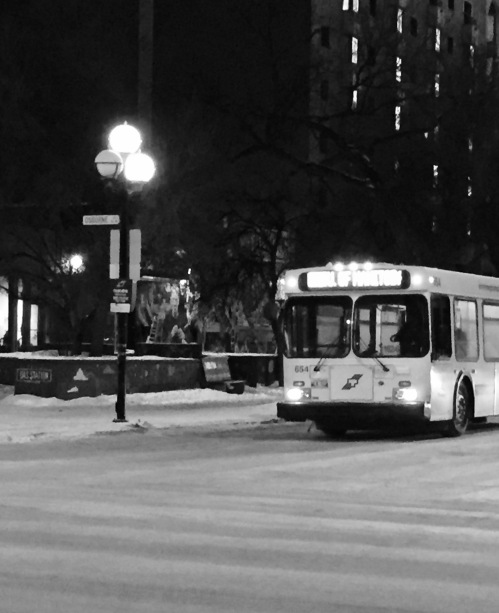 Or they takeoff when you don’t want them to.

And, like in this shattered panorama, they don’t mind goofing around and experimenting with you when you’re out and about creating stories at night.