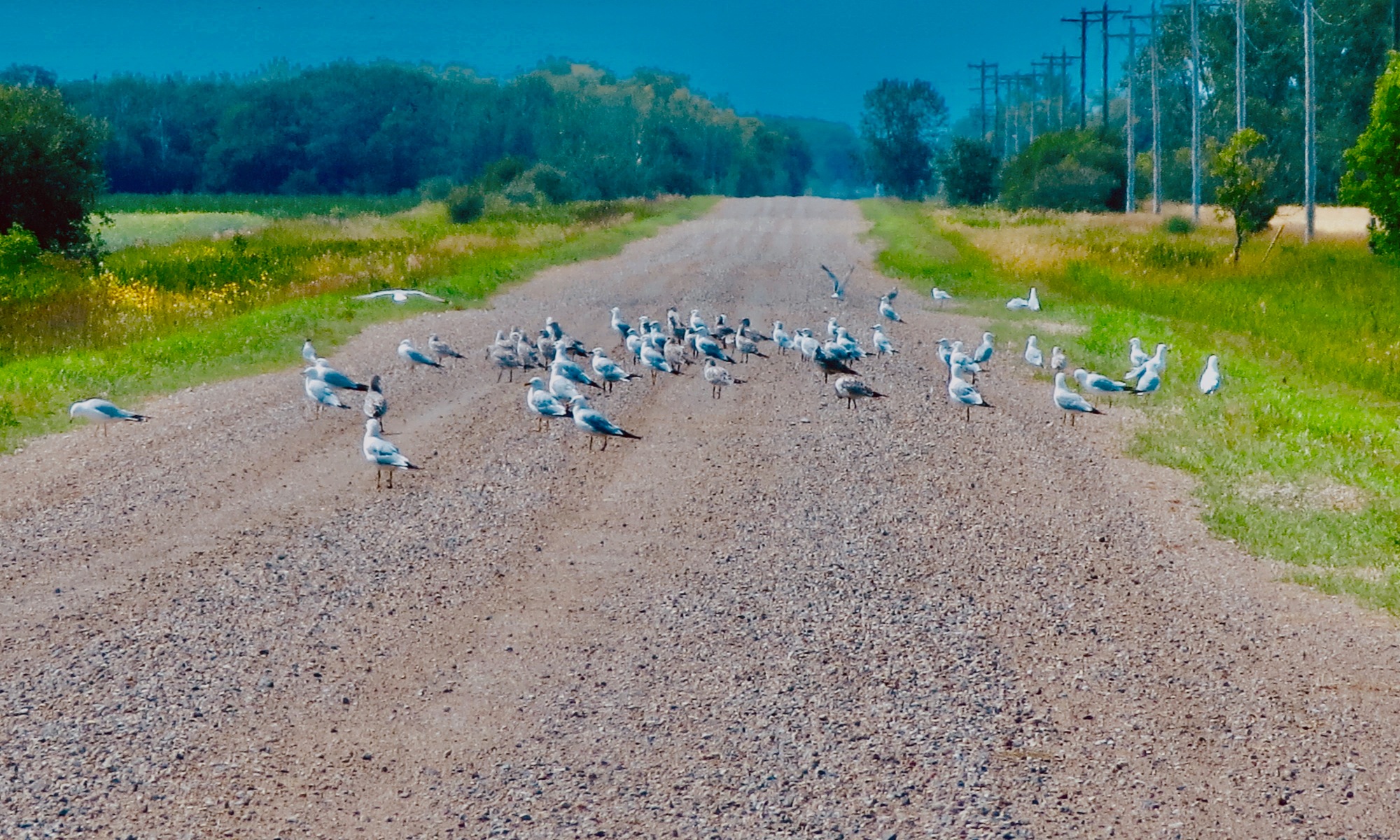 I was on the gravel road, heading home from my dad’s place a few weeks ago, when I saw a bunch of gulls up ahead. I’ve often seen groups of gulls in freshly plowed farmer’s fields grabbing up whatever bugs might have turned up along with the soil. I thought there must be something on the road, like a dead animal or some food that had been thrown out of a car window, that was attracting them. But I couldn’t see anything like that as I got closer. 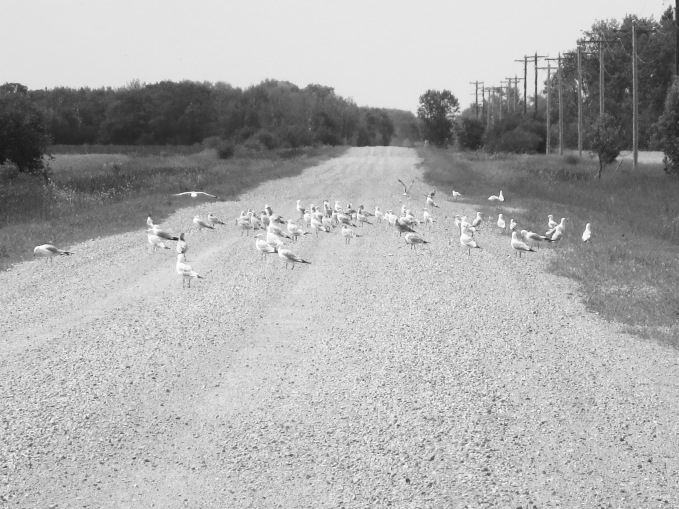 I’ve seen groups of gulls on gravel roads before, but not a group that seemed so determined to stay put. I took these photos through the window because I was worried they would fly away if I opened the car door. Afterwards, when I drove past, they scattered. Still, I saw nothing on the ground that would so attract them. But, when I looked in the rearview, they were back in place exactly as I had first found them. 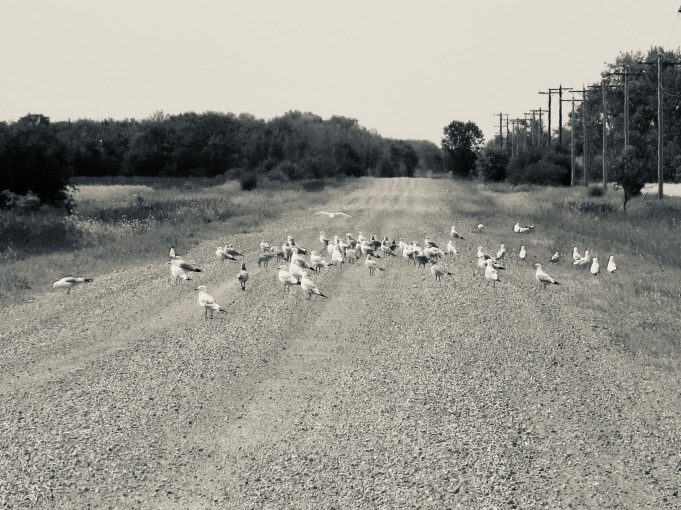 The photos were not the greatest, but I liked them and thought I’d play around a bit with the editing. I usually edit photos very little, unlike my writing which gets lots of revision, just switching to black & white or silver-tone. I might make some small adjustment for exposure or contrast. But this time I took it a bit further. For example, how would the gulls look if skies were darkening because the sun was sinking or a storm was brewing? 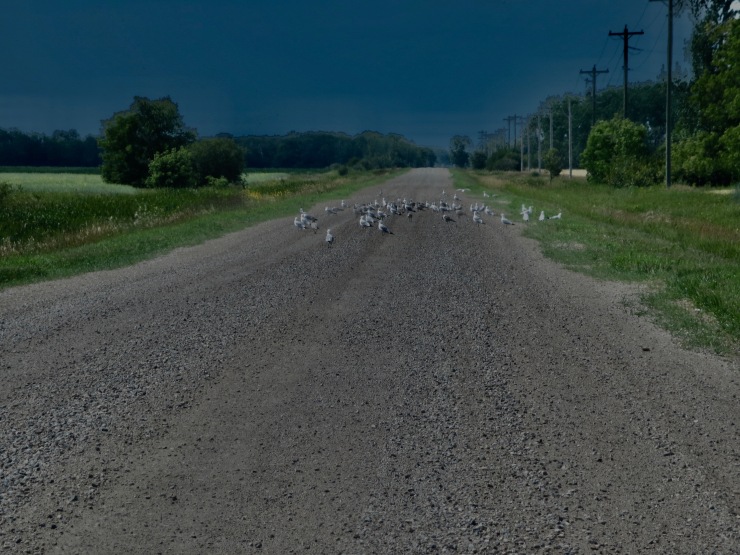 It’s the same thing I do with my writing when I revise—try things out. Let go—take a chance. 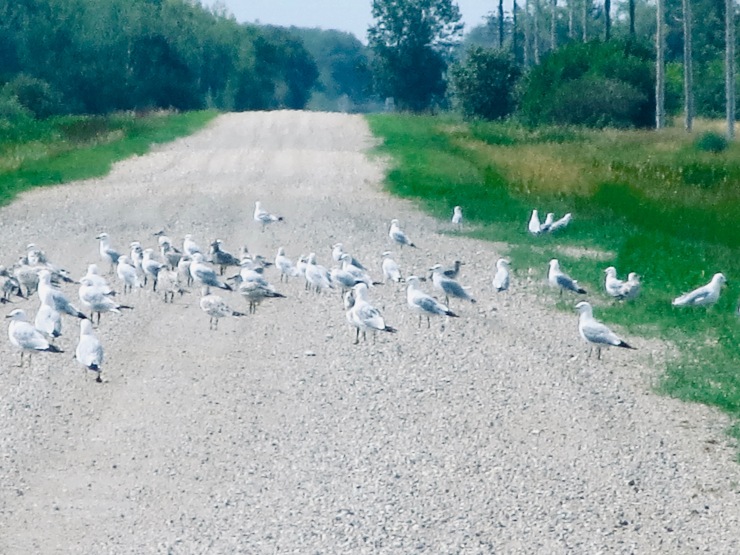 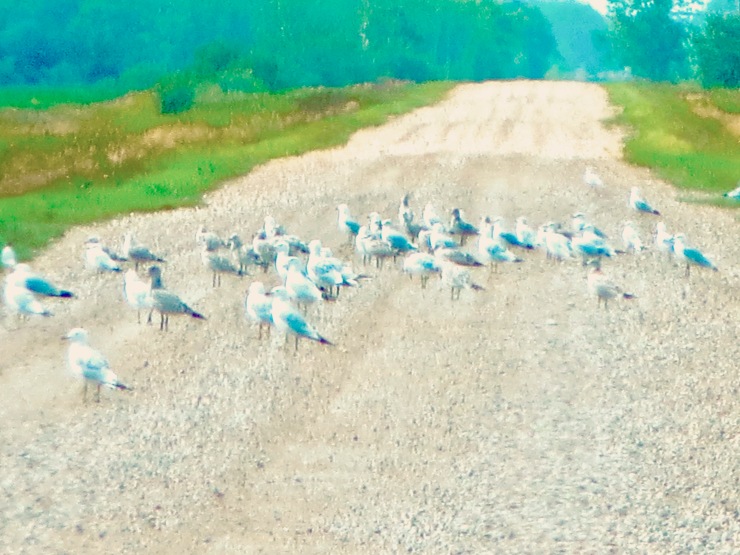 You can always rein it in, go back to the original, the same way the gulls did after I drove by. 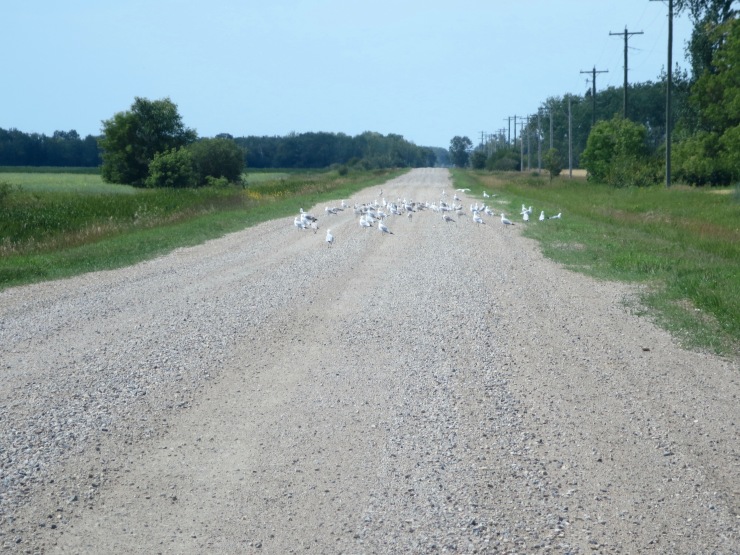 10 Replies to “Editing Some Gulls”